BUCYRUS—Motorcycles will roar — and roll — through downtown Bucyrus this week for the first-ever Bucyrus Police Department Bike Show.

The show is open to all bikes – motorcycles, 3-wheelers, scooters and even vintage cycles “from a moped to a Harley Hog and everything in between,” according to Capt. Tom Walker, the department’s community relations coordinator.

The entry fee is $20 per bike and the goal is to raise $2,000 for the Explorers Post, Walker said. The unit — a division of the Boy Scouts of America — was started seven years ago, he said, and currently has 12 students interested in careers in law enforcement. 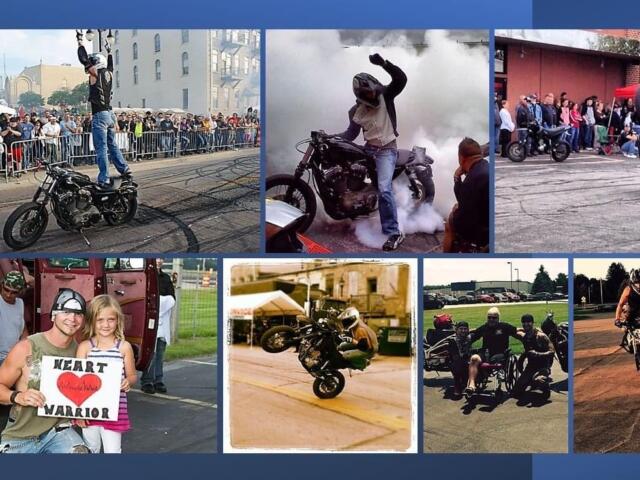 “We teach young people how to develop and have a sense of public service, other than themselves,” Walker said. “We encourage them to have respect, to believe in something bigger and better than themselves.”

The bikes will be judged in a variety of categories, Walker said, with trophies also awarded to the leader of the pack (best overall), the loudest pipes champion, the burnout champion and the winner of the competition. start sound. The judgment is 3 to 5.

Many more will also highlight the inaugural event, including live entertainment, concessions, vendors, run-ins and 50-50 draws. A countywide police-escorted ride will also be available, courtesy of the Crawford County Sheriff’s Office.

Jarrod “Dirty” Daniels will entertain spectators with his technical riding skills at 1:30 on the east side of the plaza near the courthouse. The Christian rock band “Under the Blood” will take the stage from 2 to 3.

The sound launch and bicycle contests with the loudest pipes will take place from 3 to 4 in the sound tent. The ‘Less Than Perfect Band’, which plays mainstream rock n’ roll music, will perform from 4-5.

The police department, Walker said, is already well known in the area for its annual Cruisin’ with the Cops car show. He said organizers of the Five-O Bike Show hope it will also “increase” interest in the community and become equally successful.

There is no early registration, so motorcycle owners can register at the gate, which opens at 1 p.m.
“We’re hoping for 200 bikes,” Walker said. “If it grows, the more we can reinvest in the event and in the program.”

A new “world bike show” is coming to Portland next fall